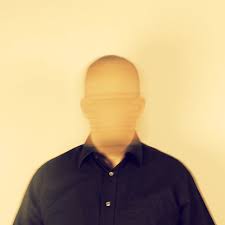 A 46 year old man from Whitehawk is looking at a prison stretch after being caught crapping on the head of one of the city’s seagulls.

Lewes Crown Court yesterday heard how Martin Holloway of Manor Road, Whitehawk committed the attack last Saturday in the Lidl car park on the corner of Eastern Road. Mr Holloway, a P.E teacher, had left his home around 10am to go shopping. On his walk to the shops Holloway was unfortunately, or fortunately as some say, shat on by a Seagull on his head, shoulders, tip of his nose with some even splashing on his new Lonsdale pumps. Enraged with what Holloway claimed to be a ‘targeted attack’ he followed the seagull’s flight path on foot often breaking into a jog. After a pursuit of more than 45 minutes Holloway managed to lure the unsuspecting seagull into Lidl car park by tempting it down with crumbs from a pain au chocolat he had purchased earlier.

Flabbergasted shoppers alerted the police after they saw Mr Holloway restrain the Seagull behind a Ford Ka, drop his kegs and proceed to ‘curl one out’ on the birds head. The Police were alerted and were on the scene before Holloway had even finished up. The Seagull was said to be shaken, stinking but ultimately unharmed and was deemed well enough to appear in court via video link yesterday.

If convicted Holloway could face up to three years behind bars and would almost certainly lose his job. Both Holloway and the seagull declined to comment. The case resumes on Monday morning.