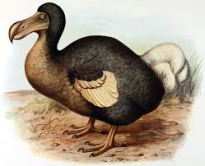 Brightonians are now closer to extinction than the snow leopard and white rhino scientists from the WWF revealed yesterday in a report that is set to send shockwaves around the city.

The study revealed that Brightonians are now down to just nine mating pairs, three of which are in their seventies. Keith and Lisa Harrington, one of the couples that are still of ‘child bearing age’, told The Bulletin about the strain it is having on their relationship.’It’s a lot of pressure on us really, I mean we are up for kids but we have a whole species relying on us and I don’t want to let anyone down, poor Keith is struggling. He told me not to say anything but the responsibility is starting to affect his performance if you know what I mean. It’s not easy on him he was already pissed off about the whole Brexit thing and now this.’

Jenny Marr from the Royal Society For The Protection of Born and Bred Brightonians the RSPBBB has been monitoring the situation of Keith and Lisa for months and is hopeful there will be a happy ending. ‘I have everything crossed that they can pull it off and give us hope’ she said. However Keith is becoming increasingly annoyed by her presence. ‘She is everywhere! sometimes I’m walking home from work and she pops up and shoves a bunch of flowers in my hand, I have caught her trying to slip Viagra in my pint and one night she just parked outside our house blaring Barry White from her car stereo. She is a pissing nutter its doing my swede’ he bemoaned.

It is now thought that Brighton is made up of travelling hippies, ex Londoners, students who never went home, notherners here for the summer, rich kids from Surrey who pretend they are poor, Irish people and vegans (who are technically not classified). It had been hoped there would be at least 5 more Brightonians but research revealed all five were actually from Seaford and had been showing off to their pals the whole time.