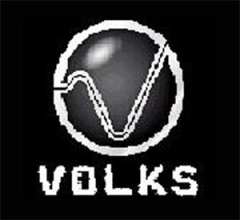 There is growing concern for the health of a Chichester man. Last seen at 2am queuing for entry into The Volks Club on Madera Drive SOBER.

Martin Wilkins, 35 who hasn’t been heard from or seen since Saturdays incident, had been out with a group of Friends having dinner in Brighton. When the Group went their separate ways Martin, a self employed plumber, went to get cash out but was then seen by a member of the group, Sue Rankin, in the line to get in the Brighton night spot.

Sue said ‘I was in the cab and I saw Martin in a three man queue to get in. It’s really out of character. He hadn’t had a drink and we didn’t even bother with a livener bump in the bogs after dinner. I have been to The Volks before with Martin but every time we had at least 5 pints and a bag of wanga. I just don’t know why he would do it to himself’.

Friends think Martin would have probably would have been OK for the Techno set between 2-4am but would have struggled with the Gabba set that was scheduled for 4-6am.

Another friend Tony Willow of Worthing said ‘I just hope he managed to score something inside or at least had the sense to neck 4 or 5 cans of Red Stripe as quick as possible’.

Anyone with any info on the Welfare of Martin has been asked to contact the Brighton Bulletin.